It was time to smell what sells in a battle of the sexes, as the boys took on the girls in a test of building a business from scratch. But who came up smelling of roses, and who ended up carrying a whiff of something altogether more unpleasant? After two days of trading we had a clear winner and loser, and Lord Sugar had no hesitation in pointing the dreaded Digit of Doom™ for the eleventh time.

Setting their stall out

It’s early morning in the Apprenti-Mansion™ and Francesca MacDuff-Varley gathers the remaining candidates in the sitting room for long enough for us to admire Jordan Poulton‘s attire: a technicolour kikoi which he insists isn’t a sarong, even though really it is. (A kikoi is a cotton sarong found in East African countries). Still, it makes a change from having our regular Myles Mordaunt Underwear Moment™. Via video link, Lord Sugar informs the teams of their task: to take £150 seed money and grow a business from scratch in 48 hours via first a market stall and then a pop-up shop.

He also directs one final Apprenti-Shuffle™, turning Endeavour back into an all-boys’ team and reuniting the girls as Evolve. Myles and Jordan vie for the project manager role for Endeavour – Neil Clough opts for Myles – while Francesca selects Luisa Zissman over Leah Totton on the basis of her having retail experience. 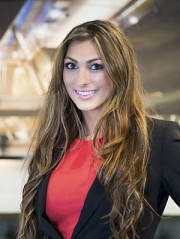 Evolve quickly settle on a strategy of selling high-volume, low-priced fashion items and head out to Spitalfields Market, where they will be setting out their stall, to do some on-the-spot research. Endeavour are rather more ponderous, with Myles looking like he would struggle with the choice of rich teas or digestives before finally settling on high-end homewares. It’s the classic quantity versus quality quandary – this being The Apprentice, we know how the battle of cheap tat versus quality gear tends to work out. As far as Sugar’s mantra of “smelling what’s selling” goes, the boys have started out like they have a heavy cold.

The girls hit the fashion wholesalers, stocking up on plenty of caps, bowlers, beanies and leggings. Myles and Neil buy 16 pieces of pricey ceramics. Higher value and higher margin, yes, but it leaves their stall looking pretty sparse. A concerned Jordan heads off to buy greeting cards as an alternative revenue stream, which he then takes from shop to shop looking to secure orders. He gets one, then has to go back to the card seller, deliver the order to the customer and collect the cash. That’s nearly half a day gone for a £25 profit – not great.

The girls run a brisk trade from their stall and send Francesca back to buy new stocks of their hot-selling items. The boys finally start to gain some traction later in the afternoon, with Neil selling particularly well while Myles practises looking flustered in the background – he gets quite proficient at it.

Fell off the back of a ship container

The following morning the teams take stock – literally – of their situation and plan for their day selling out of pop-up shops in Shoreditch made from ship cargo containers. Endeavour decide to add candles to their offer, while Evolve look for more expensive fashion items to complement their cheaper ranges. The girls’ East Side Fashion shop is well-stocked and lively, while the boys’ Casa Unique looks like, well, an empty ship container with its limited inventory – more Casa Burgled, really. Myles and Neil’s solution is to pretend they’re a market stall and set up a display in the front of the shop to try to catch passing footfall. There’s an expression that springs to mind here about horses and stable doors …

Francesca was left to do a lot of fetching and carrying. Still, at least she was out of the kitchen this week (Image: BBC)

Francesca returns with some trendy designer dresses, including one which was apparently worn by Pixie Lott the previous week. (I hope she washed it.) Luisa congratulates her on selecting something that is “very, like, round-here style”. However, throughout the day the girls struggle to shift any of the dresses, which at £65 are priced too high for passing trade. However, they continue to do a roaring trade in hats and scarves, with Francesca restocking on hats during the day.

The boys again struggle, with Neil the primary driver behind what sales they do make as Myles continues to fray at the edges. In the meantime, Jordan takes an eternity to decide what candles he wants – it seems to me he lives his life like a candle in the wind – before finally sauntering back at lunchtime, having first stopped off for a Pilates class and a mani-pedi. (Okay, I’m kidding. It wasn’t Pilates, it was boxercise.) Myles and Neil are unimpressed, not least because the products he has brought back are expensive and difficult to sell.

Neil suggests rolling the dice on buying a real big-ticket item in the hope of shifting it at a big profit. Jordan heads out again, and a visit to designer potter Jo Davies sees him return with a small Zsa Zsa vase – and at just 18cm across it’s really small, even by the pint-sized Jordan’s standards – which he buys for £76 with a retail price tag of £190. 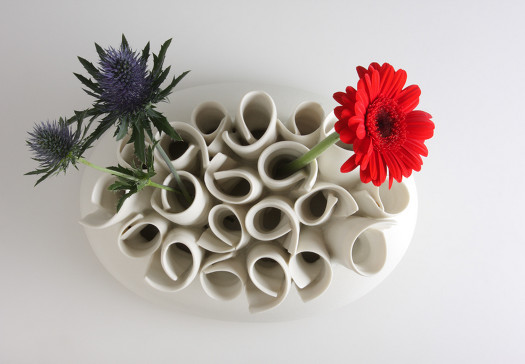 Would you buy this for £150 from a dodgy looking short bloke with a camera crew following him?

Neil and Myles are even more unimpressed than before, and send Jordan off to try to sell it himself. As time winds down, we see him interesting a small shop owner and offering it to her for £150 … Ooh, the suspense!

It’s a mildly disappointing boardroom this week, as it’s even more apparent than usual which team has lost and who’s getting fired, but anyway …

Luisa continues her steady upswing of recent weeks as her teammates agree she made a good project manager. Certainly she ran a harmonious ship, despite having had her differences in the past with both Francesca and Leah. Nick Hewer praises her for selling well, although Karren Brady is quick to point out that Neil sold even more: a whopping £470.

Sugar has a go at them about the dresses that didn’t sell and how slow-moving inventory gets its value written down at the end of the financial year. Which is absolutely true in the real world, but seeing that we’re in Apprentice-world and the teams were told up front that unsold stock would be valued at their wholesale price it’s an utterly irrelevant rant.

Endeavour’s debrief goes about as smoothly as a car with four punctures and no suspension driving over potholes. They are criticised for buying a narrow range of expensive items. A deflated Myles admits their shop looked embarrassing. In short, it was a bit of a disaster all round, and there is an air of inevitability about the results. Endeavour finished up with £298.83 in cash and £251.43 worth of unsold stock, giving them total assets of £550.26. Evolve generated £393.50 in cash despite having unsold stock worth £415.55, giving them an asset value of £809.05. The girls win by nearly £260.

Having sold from pop-up shops, Evolve’s treat is dinner at pop-up restaurant The Cube, which sits atop the Royal Festival Hall on the South Bank. Endeavour are left feeling a bit square as they head for the Cafe of Broken Dreams™. Jordan takes aim at Myles for his lack of strategy, while the other two point out that Jordan brought back unsellable items.

Back in the boardroom, Sugar condemns the Zsa Zsa vase as “a casino move”, pointing the finger at Jordan for first selecting and then not selling it. Although let’s not forget that going for the big-ticket item was actually Neil’s idea, and even if Jordan had sold it the boys would still have lost, only by a slightly less enormous margin. (He was trying to sell at £150 and had bought it at £76, so it would have only made a difference of £74.)

We learn that Myles’ business idea is to take his luxury brand marketing agency digital. Neil wants to launch an online estate agency. And the ever-modest Jordan – “I am the best person in this process” – wants to launch an online platform to help hobbyists and brands create games for mobiles, but comes unstuck when he reveals that he has a software engineer partner and claims that a tech start-up represents “a safer investment”. Yes, and me sticking my head inside the jaws of a crocodile which hasn’t eaten for a week and whose babies I have just killed in front of her is low-risk too. Unsurprisingly Sugar goes to town on him – to the point where a worried Jordan starts dry-heaving – but then points the Digit of Doom™ at Myles. Mister Monaco put all his chips on black – but it came up red.

In the Taxi to Obscurity™, a philosophical Myles says:

I’m definitely disappointed to be going home but, you know, I think the standard’s high. I think Lord Sugar saw something more in the other two than he did in me. So I’m philosophical, I’ll take it on the chin and crack on.

Myles had been a smooth operator throughout many of the tasks, but seemed to lack the kind of street-fight that Sugar is looking for and appeared to be a bit detached from day-to-day reality having lived in the rarefied environment of Monaco for a decade. With his background and lifestyle, he and Sugar never looked likely to be a comfortable fit as business partners, and while he deserved to progress deep into the competition he was never a likely winner. After two poor weeks in a row, his number was up.

Next week: It’s the interviews, which means the return of Margaret Mountford! Each candidate and their business plan will be systematically eviscerated by Sugar’s attack-dogs until only two are left intact – I strongly suspect Neil and Luisa. It will be like Christians versus Lions, but with added blood spatter.

The Apprentice continues on Wednesdays on BBC1, with companion show You’re Fired following immediately afterwards on BBC2. A special programme, The Final Five, is on BBC1 next Monday at 9pm.

6 Comments on The Apprentice: Going ga-ga over Zsa Zsa