On the notional one-year anniversary of the devastating 12/12/12 bombing of the CIA headquarters at Langley, Homeland has left Nicholas Brody in Iran and in the hands of Majid Javadi to set up the assassination of General Danesh Akbari. But he has no support and no extraction plan. Will he succeed in his mission? Will he survive? And, more importantly, should he survive?

The obvious answer is: yes, he probably will – although whether the character will continue to feature in season four makes for an interesting supplementary question.

Despite having been absent for half of this third season, the return of Brody has raised the tempo of Homeland, giving the writers a focal point to bring Saul‘s spycraft machinations to life, and providing Carrie with ongoing reasons to do what she does best: go off-book on a whim and throw spanners into neatly planned operations.

Will Brody survive his seemingly impossible mission? His chances depend on the actions of three wild-cards. Javadi will play along while the plan supports his ambitions, namely to succeed Akbari following his death. However, he has already shown he has no time for optional extras. If Brody succeeds in assassinating the head of the Iranian Revolutionary Guard, does he then become expendable to Javadi? We’ve already seen how ruthlessly he deals with loose ends. Will Brody meet the same fate? 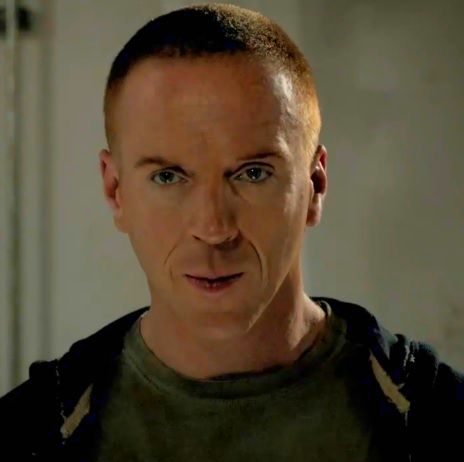 Will Brody survive his high-risk mission in Tehran? And, if he does, should he survive? (Image: Homeland Wikia)

The onus for devising a new extraction plan resides with Carrie. She’s the person most motivated to bring him home safely, and has demonstrated her capacity for improvising out-of-the-box solutions. But with Brody behind enemy lines, can even she concoct a workable plan? And can Saul and Dar Adal leverage some additional support from elsewhere? (Saul still has Mossad agent Alan Bernard locked up in “a deep, dark hole”, doesn’t he?)

Carrie’s immediate response was to leverage Fara‘s uncle in Tehran. But having a temporary safe house for Brody is one thing – getting him out of the country with the entire Revolutionary Guard hunting him is quite another. It’s difficult to see this ending well for Fara’s family. As she demonstrated with Fara herself, Carrie is adept at pushing people into doing far more than they would normally be willing to, and she will not hesitate to prioritise Brody’s welfare over anyone else’s – even if it contravenes mission orders.

Brody himself has proven remarkably resilient during this season. He’s been shot by Colombian bounty hunters, evaded hostile capture in Caracas, recovered from drug withdrawal, returned to fitness and now walked away unscathed from being blown up. There is every chance of Brody surviving his apparent suicide mission, especially with Carrie pulling strings in the background.

But should he be kept alive?

Homeland spent its first two years orbiting the Brody/Carrie axis, firstly as Carrie attempted to prove he had been turned and then putting him into play as a double agent. Tense, lengthy showdowns between the star-crossed lovers became the series’ stock-in-trade.

However, with this season unfolding largely without Brody, Homeland‘s writers have brought Saul to the fore and introduced new antagonists both at home (Senator Lockhart) and abroad (Javadi).

The key questions facing the writers are can Brody be credibly reintegrated, and are they brave enough to write out one of their leads – and, by extension, his entire family?

The groundwork has been laid already. Brody has been disowned by his daughter Dana – whose storyline in this series has been tenuous at best – and has not seen his wife and son since returning. (Morena Baccarin, who plays Jessica, has been absent for much of this series due to her pregnancy.)

And, as has been pointed out to him, he may be innocent of the Langley bombing, but he’s implicated in the suicide bombing plot against Vice-President Walden and the death of his aide Elizabeth Gaines. Even if his mission succeeds, he cannot be openly exonerated without risking Javadi’s cover. He will effectively always be public enemy number one in the US.

To me, Brody’s continued existence in Homeland requires too great a suspension of disbelief to be credible. But will the writers go to the extent of actually killing Brody? Or is there a possibility that they will engineer a halfway house solution, allowing Brody to survive his mission but writing him and his family out of the show? I’m not sure even this would work, however – is there really anywhere in the world Brody can hide and be truly safe?

For the good of the show, if Homeland is to truly reinvent itself and give characters such as Peter Quinn and Dar Adal room to breathe then I think the writers have to bite the proverbial bullet and put a fatal one into Brody himself. It’s the closest he can get to a genuine hero’s ending for me.

But do you agree?

Season 3: What to expect